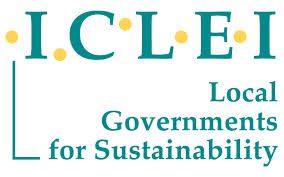 “We’re pleased to announce this valuable partnership with the Carbonn Climate Registry,” said Resilient Communities for America Campaign Manager Brian Holland. “Just as our campaign has become the largest movement of elected officials acting together to build resilience, the Carbonn platform is emerging as the go-to resource for sharing and understanding data on local climate action.  With both initiatives administered by ICLEI and hundreds of communities already reporting, this partnership is a natural fit.“

Nearly 100 U.S. cities and counties are already reporting into the Carbonn platform, including 22 communities led by RC4A signatories. Under the Resilient Communities for America Agreement, nearly 200 local official signatories have committed to building more climate resilient communities that can face the challenges of extreme weather climate change, and have pledged to share their resilience success stories in the Campaign’s online platform.

More than 420 cities around the globe representing one-seventh of the world’s urban population have reported their greenhouse gas emissions data into Carbonn. The platform has already been adopted by several international climate programs and initiatives, including the WWF Earth Hour City Challenge, Durban Adaptation Charter, and R20-Regions of Climate Action. The platform is poised to become a central part of how cities engage with international climate policy being negotiated through the UN Framework Convention on Climate Change.

One of Carbonn’s main functions will be to enhance transparency and increase trust by confirming that local governments are acting on their RC4A promises. In turn, Carbonn will provide local climate leaders with opportunities for recognition and visibility on climate achievements, while also providing a platform for peer exchanges among cities and counties.

“The Carbonn platform will give the City of Oakland a chance to share our progress in emissions reductions, in comparison to the rest of country and the world,” said Oakland Mayor and Resilient Communities for America Signatory Jean Quan. “Essentially, it’s providing a global system of accountability to help meet international reductions, and we’re proud to be one of the very first cities taking part in the game-changing initiative.”

About the Resilient Communities for America Campaign

Led by ICLEI USA, National League of Cities (NLC), US Green Building Council (USGBC), and World Wildlife Fund (WWF), the Resilient Communities for America Campaign is a movement of 180+ mayors and local elected officials committed to creating more prepared communities that can bounce back from extreme weather, energy, and economic challenges. The campaign has released several tools and resources since its launch in June 2013, including the ClearPath emissions management software and policy recommendation report from local governments for the President’s Task Force on Climate Preparedness and Resilience. The Campaign, chaired by Mayor Kevin Johnson of Sacramento, CA, is led by its four co-directors: Brian Holland (ICLEI USA), Lynn Englum (WWF), Jason Hartke (USGBC) and Cooper Martin (NLC).

ICLEI USA’s mission is to build, serve and drive a movement of local governments to advance deep reductions in greenhouse gas emissions and achieve tangible improvements in local sustainability. As the only global organization helping cities and counties of all sizes achieve sustainability and climate planning goals, ICLEI provides tools and resources, delivers innovative programming, and fosters a robust network of local governments across the U.S. who are catalyzing effective ways to combat climate pollution and scaling local sustainability efforts. The ICLEI international network spans to over 1,000 members in 84 countries, and remains the leading global association of local governments dedicated to combatting climate pollution.