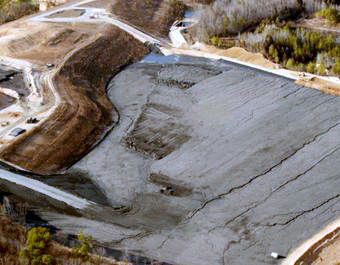 The U.S. Environmental Protection Agency (EPA), the West Virginia Department of Environmental Protection (WVDEP), and the Department of Justice (DOJ) today announced a settlement with Trans Energy Inc., requiring the oil and gas company to restore portions of streams and wetlands at 15 sites in West Virginia polluted by the company’s unauthorized discharge of dredge or fill material.

Trans Energy will pay a penalty of $3 million to be divided equally between the federal government and WVDEP.  The Clean Water Act requires a company to obtain a permit from EPA and the U.S. Army Corps of Engineers prior to discharging dredge or fill material into wetlands, rivers, streams, and other waters of the United States.

“As part of our commitment to safe development of domestic energy supplies, EPA is working to protect wetlands and local water supplies on which communities depend,” said Cynthia Giles, assistant administrator of EPA’s Office of Enforcement and Compliance Assurance. “By enforcing environmental laws, we’re helping to ensure a level playing field for responsible businesses.”

“Today’s agreement requires that Trans Energy take important steps to comply with state and federal laws that are critical to protecting our nation’s waters, wetlands and streams,” said Sam Hirsch, Acting Assistant Attorney General of the Justice Department’s Environment and Natural Resources Division.  “We will continue to ensure that the development of our nation’s domestic energy resources, including through the use of hydraulic fracturing techniques, complies with the Clean Water Act and other applicable federal laws.”

In addition to the penalty, the company will reconstruct impacted aquatic resources or address impacts at 15 sites, provide appropriate compensatory mitigation for impacts to streams and wetlands, and implement a comprehensive program to ensure future compliance with Section 404 of the Clean Water Act and applicable state law. Among other requirements, the company will work to ensure that all aquatic resources are identified prior to starting work on future projects in West Virginia, and that appropriate consideration is given at the design stage to avoid and minimize impacts to aquatic resources. It is estimated that Trans Energy will spend more than $13 million to complete the restoration and mitigation work required by the consent decree.

The federal government and WVDEP allege that the company impounded streams and discharged sand, dirt, rocks and other materials into streams and wetlands without a federal permit to construct well pads, impoundments, road crossings and other facilities related to natural gas extraction. The government alleges the violations impacted approximately 13,000 linear feet of stream and more than an acre of wetlands.

EPA discovered the violations in 2011 and 2012 through information provided by WVDEP and the public, and through routine field inspections. In summer 2014, the company conducted an internal audit and ultimately disclosed to EPA alleged violations at eight additional locations, which are also being resolved through this Consent Decree.

The consent decree has been lodged in the Northern District of West Virginia and is subject to a 30-day public comment period and court approval.

Comments are disabled
NEXT ARTICLE
U.S. Green Building Council and the American Chemistry Council to Work Together to Advance LEED
September 3, 2014
PREVIOUS ARTICLE
LA2050: You Decide: $1,000,000 For A Better Los Angeles
September 2, 2014