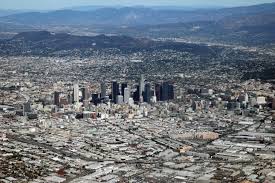 The scene was apocalyptic: a torrent of water from a ruptured pipe valve bursting through Sunset Boulevard, hurling chunks of asphalt 40 feet into the air as it closed down the celebrated thoroughfare and inundated the campus of the University of California, Los Angeles. By the time emergency crews patched the pipe, 20 million gallons of water had cascaded across the college grounds.

The failure of this 90-year-old water main, which happened in July in the midst of a historic drought, no less, was hardly an isolated episode for Los Angeles. Instead, it was the latest sign of what officials here described as a continuing breakdown of the public works skeleton of the second-largest city in the nation: its roads, sidewalks and water system.

Comments are disabled
NEXT ARTICLE
PG&E Fined $1.4B for 2010 Gas Line Blast
September 2, 2014
PREVIOUS ARTICLE
RI to Welcome Highway Safety Experts from Across the Northeast Next Week
September 2, 2014