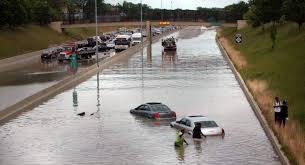 “These funds represent the first installment of our commitment to the people of Michigan while the state continues to assess the damage,” said Secretary Foxx.  “Roadway destruction caused by last week’s storm has greatly inconvenienced Michiganders who rely on these critical transportation links every day.”

The Detroit metro area experienced significant rainfall on August 11 that resulted in widespread flooding and roadway damage in Wayne, Oakland and Macomb counties – causing extensive pavement and roadside infrastructure damage on I-75, I-94 and the I-75/696 interchange.  Pavements, guardrails, ramps and bridge slopes were completely washed out on those interstates.

“FHWA is committed to working with the state until all these connections—key to mobility in Detroit metro area—are repaired,” said Acting Federal Highway Administrator Gregory Nadeau. “We will provide the federal resources needed to restore these highways.”

Funds from the Federal Highway Administration’s (FHWA) Emergency Relief Program will reimburse MDOT for emergency work done in the immediate aftermath of the rainfall.  FHWA will provide additional funds in the future as permanent repairs are identified and cost estimates are completed.  FHWA’s emergency relief program provides funds for the repair or reconstruction of federal-aid roads and bridges damaged by natural disasters or catastrophic events.