CycloMedia Selected by CIO Review for 20 Most Promising GIS Companies 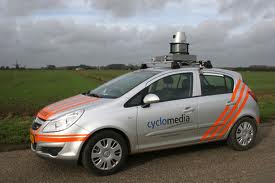 CIO Review selected CycloMedia for its 20 Most Promising GIS Companies in July – article currently published in CIO Review Magazine as well as online. The positioning is based on evaluation of CycloMedia’s specialties in Cycloramas, GlobeSpotter Cloud or Server, GlobeSpotter, and GlobeSpotter API. The annual list of companies is selected by a panel of experts and members of CIO Review’s editorial board to recognize and promote technology entrepreneurship.

“CycloMedia has been on our radar for some time now for stirring a revolution in the GIS space, and we are happy to showcase them this year due to their continuing excellence in delivering top-notch technology-driven solutions,” said Harvi Sachar, Publisher and Founder, CIO Review. “CycloMedia’s solutions continued to break new ground within the past year benefiting its customers around the globe, and we’re excited to have them featured on our top companies list.”

“CycloMedia is honored to be recognized by CIO Review’s panel of experts and thought leaders,” said Paul Smith, General Manager of CycloMedia.

The CycloMedia recording system uses patented technology to determine the exact position and orientation of every picture taken. By creating a dense network of geometric street images, Cycloramas are always focused on the correct address or feature from multiple vantage points.

Its solution revolutionizes the way asset and property assessment is managed and reported. It reduces field visits and provides accurate feature measurements with easy spot-checking. It simplifies maintenance and enables automated inventory and controlled processes. It also saves valuable resources while simplifying the decision-making process, improving operations, and increasing efficiency.

CIO Review constantly endeavors to identify “The Best” in a variety of areas important to tech business. Through nominations and consultations with industry leaders, our editors choose the best in different domains. GIS 20 is a listing of 20 Most Promising GIS Companies in the U.S.

Comments are disabled
NEXT ARTICLE
Local Governments in Colorado Power Buildings with Community Solar Panels
August 21, 2014
PREVIOUS ARTICLE
California Has Given Away Rights to Far More Water than it Has
August 20, 2014