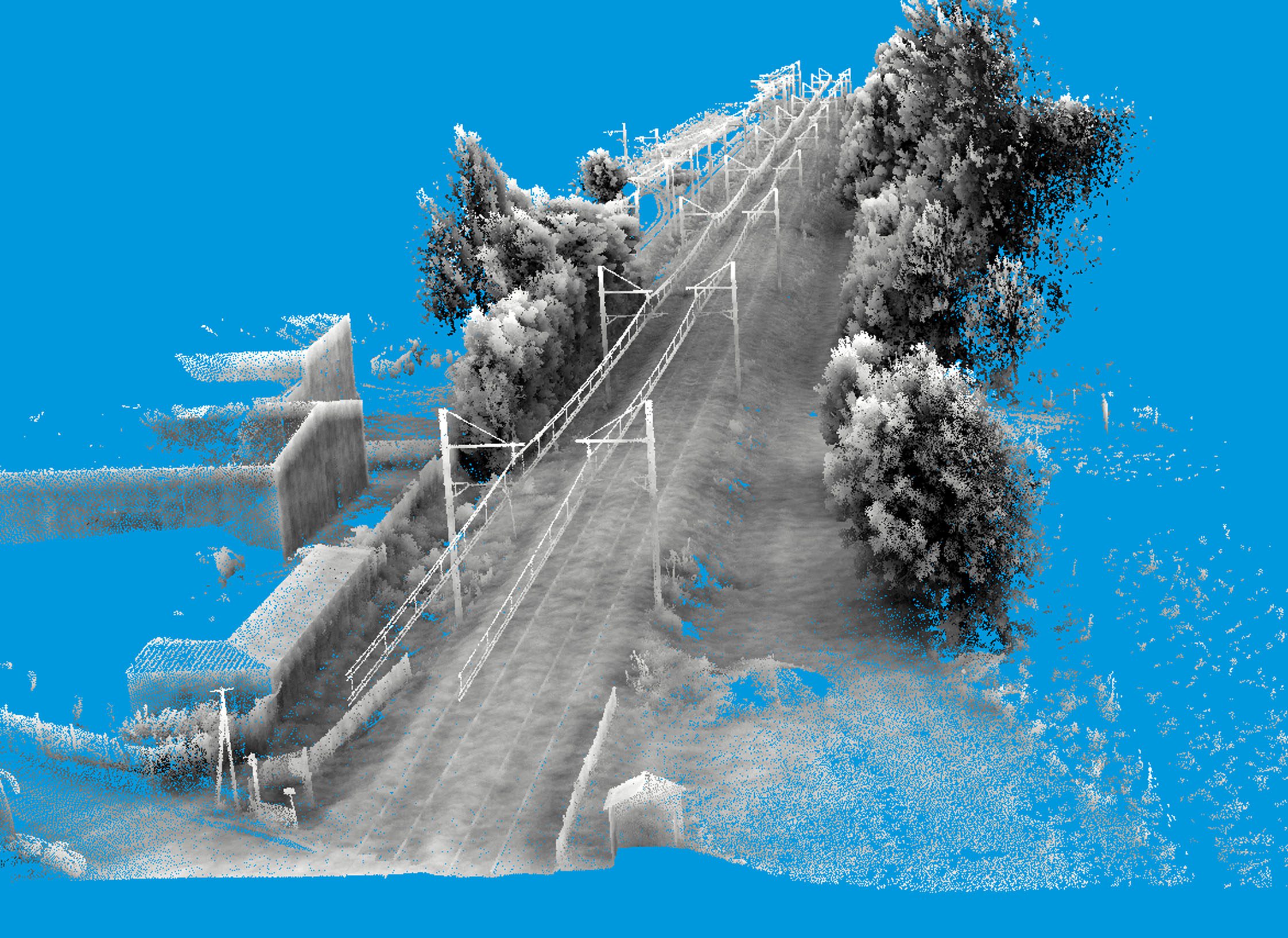 FIT ESIC is helping France’s national railway company SNCF improve safety and inform track upgrade works with a mobile laser scanning system from 3D Laser Mapping. Owned and operated by FIT ESIC, the rail mounted StreetMapper was used to survey several hundreds of kilometres of track, generating engineering grade survey data on behalf of SNCF. The laser generated computer model was used to build a detailed 3D topographic map of the tracks and its surroundings.  This provided length data and cross profiles as well as detecting potentially dangerous objects near the track.

“Since we took delivery of our StreetMapper system we have surveyed thousands of kilometres of roads as well as hundreds of kilometres of railway tracks,” commented Marc Daeffler, Director of the Engineering Division at FIT ESIC. “By working closely with various SNCF engineering teams; survey, track and cantenary, we came up with innovative solutions, utilising StreetMapper to capture and extract large amounts of geometric information.”

FIT ESIC also worked side by side with the developers of StreetMapper, UK based 3D Laser Mapping, in addition to the technical teams within SNCF, to overcome potential challenges associated with working on the railway. These included access for personnel along the track to measure control points, installation and operation of the laser mapping system within the confines of a railway carriage and strong vibrations caused by the motion of the train. 3D Laser Mapping also supported FIT ESIC by devising specific algorithms for the processing of trajectories.

Data created from the millions of individual laser scanned measurements include a 3D topographic map of the track and its surroundings including powers lines, stations and trackside equipment. Length and cross profiles of the track were generated including cantenary lines, staggers of contact lines and overhead civil engineering structures. Potentially dangerous objects were detected, identified and measured to determine clearance from the track and trains.

StreetMapper has been specifically designed for the rapid 3D mapping of highways, runways, railways, infrastructure and buildings. Using vehicle-mounted lasers offering a 360-degree field of view, StreetMapper enables high precision mapping to a range of 800 metres, a capacity of 550,000 measurements per second per sensor and recorded absolute accuracies in independent real world projects of better than 10 millimetres.

SNCF manages rail traffic in France and operates the country’s national rail services, including the high speed TGV rail network. SNCF’s functions include operation of railway services for passengers and maintenance of signalling and rail infrastructure.

StreetMapper has been developed by UK based 3D Laser Mapping in conjunction with German based guidance and navigation specialist IGI mbH. The system employs the latest laser scanning technology for improved field performance and accuracy, precision navigation including a solution for reduced GPS coverage in urban areas, combined with a flexible, modular configuration and increased ease of use and deployment. For further information see www.streetmapper.net IGI covers a wide variety of expertise in optics, electronics, mechanics, software development, and analytics through a team of highly qualified scientists, engineers and technicians. With over 30 years of experience, IGI offers not only integration of various sensors but also complete sensor systems for airborne and terrestrial survey missions. For further information see www.igi-systems.com