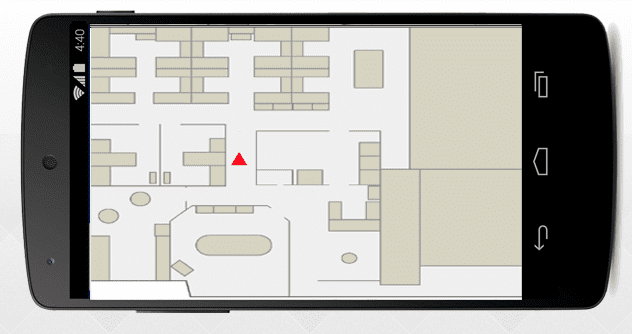 mCube, provider of the world’s smallest MEMS motion sensors, today announced the formation of a wholly-owned subsidiary, Ten Degrees, Inc., representing the first step towards the creation of an independent entity focused on indoor navigation. Ten Degrees has developed a core navigation engine that takes advantage of positioning infor mation derived from the inertial-sensors available in virtually all current smartphones, and combines Wi-Fi and Bluetooth signals with indoor map information to synthesize an accurate indoor location.  The company was officially established in April 2014 and is led by CEO Ramesh Raman.

“With this strategic move, Ten Degrees and mCube can focus on their unique market segments, while also benefitting from each company’s technology development and expertise,” said Ramesh Raman, CEO of Ten Degrees, Inc.  “We look forward to delivering a solution that can easily and accurately guide users indoors, whether to an individual cubicle in an office building, to a specific item in a retail store, or to a room in a hospital, bringing users literally within arm’s reach of their desired indoor location.”

“Ten Degrees will be able to build an entire business around its navigation software engine, while allowing mCube to continue expanding its core business around the world’s smallest MEMS motion sensors,” said Ben Lee, President and CEO, mCube, Inc. “Ten Degrees comes out of the gate with an early competitive advantage by having access to mCube’s years of proven software expertise in algorithms for sensors in smart devices, enabling the company to quickly deliver indoor navigation solutions to customers and partners.”

“There are tremendous market opportunities for an accurate indoor navigation solution for mobile devices, and Ten Degrees is delivering what we believe to be one of the most accurate and robust solutions developed,” said Wen Hsieh, mCube Co-founder, Chairman and General Partner at Kleiner Perkins Caulfield and Byers.  “By creating a focused and stand-alone company, Ten Degrees will be able to more easily realize its growth potential.”

Ramesh Raman, who joined Ten Degrees as CEO in April 2014, has a strong operations background and history of successfully growing companies — from start-ups to well established industry leaders. Most recently, he spent six years at Amyris, a leading company in the renewable fuels and chemicals sector, where he helped develop various capabilities instrumental in taking the company from start-up to IPO. Ramesh’s last role at Amyris was as Senior Vice President of Global Manufacturing and Supply Chain.  Prior to joining Amyris, Ramesh was in the operations practice at global management consulting firm McKinsey & Company working with leading global companies in the high tech, semiconductor, consumer goods and retail industries.

In addition to Ramesh, Jobe Price, former vice president of software at mCube, has transitioned into the role of Chief Technology Officer of Ten Degrees.
Ten Degrees has offices in San Jose, California and Cedar Rapids, Iowa. For more information, customers can visit the Ten Degrees website at www.tendegrees.net or email the company at info@tendegrees.net.

mCube makes the smallest motion sensors in the world. As a technology leader, mCube aspires to be the enabler for the Internet of Moving Things by putting a MEMS motion sensor on anything that moves, improving the way consumers live and interact with technology. mCube is backed by leading investors and has already shipped over 60M units. For more information, visit www.mcubemems.com. Follow mCube on Twitter @mcubemems.