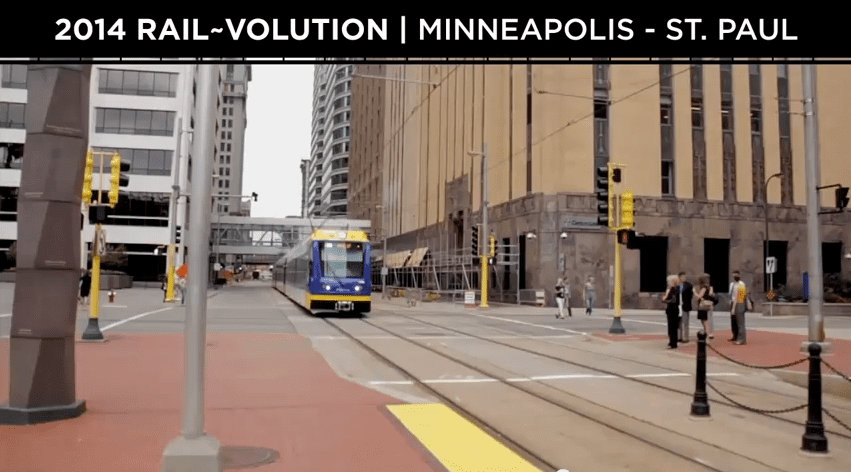 More than a 1,000 transportation and urban planners will descend on America’s most bicycle-friendly city in September for Rail-Volution, the nation’s premiere conference on livable and transit-orientated communities.

This is the first time in Rail-Volution’s 20-year history that the annual event will be held in Minneapolis — and the timing coincides perfectly with the recent opening of the Green Line connecting Minneapolis and St. Paul.

“This is an opportunity to showcase what we’re doing and where we’re going — not just with transit, but also with transit-orientated development,” said Mark Nelson, MnDOT’s program manager for statewide planning and transportation data analysis.

More than a year of planning has gone into bringing Rail-Volution to the Twin Cities.

Participants have a choice of 80 wide-ranging workshops over four days focused transit and livability, such as innovative parking, planning for small and mid-sized cities and emerging issues for CEOs and public officials.

MnDOT was selected to hold the annual four-day event in a joint application with the Counties Transit Improvement Board and the Metropolitan Council.

Not only is this a rare chance for urban planning enthusiasts  to attend an internationally renowned conference in their own backyard, but it’s also a great “show-and-tell” opportunity.

As a host, MnDOT will help lead  24 mobile workshops around the Twin Cities, highlighting what Minnesota has done (or is planning), such as engineering light rail in a complex urban corridor, bike-orientated development on the Midtown Greenway and redevelopment along the St. Paul riverfront (by way of a paddle-guided tour).

Not only was the Twin Cities region at a great crossroads in time for hosting such a conference, with its ongoing urban redevelopment efforts and metropolitan area transit plans, but the state’s commitment to these efforts also showed.

“We think part of the reason we were successful is that a state DOT was a co-sponsor. That’s fairly unique. It’s usually a regional government,” Nelson said.