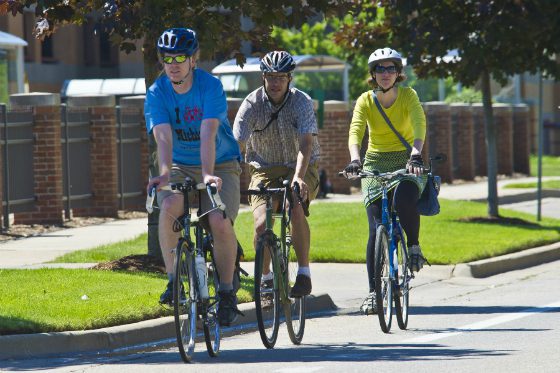 The Michigan Department of Transportation (MDOT)  released a new report, “Community and Economic Benefits of Bicycling in Michigan.” This report is Phase I of a two-phase project that explains the economic benefit bicycling has on Michigan’s local and statewide economies. The report and user friendly infographics are online at www.michigan.gov/mdot/0,4616,7-151-9615_11223_64797_69435—,00.html.

The new report finds that bicycling provides an estimated $668 million per year in economic benefit to Michigan’s economy, including employment, retail revenue, tourism expenditure, and increased health and productivity.

Using both quantitative and qualitative data, the report takes a unique approach to illustrate both the economic benefits of bicycling on a statewide basis, as well as broader benefits bicycling can have on communities.

As part of Phase I of the study, five case study communities were identified across the state in an effort to measure the annual impact bicycling can have on a local economy. All of the case studies were within the limits of these cities and did not include the broader metro areas:

Phase II of this project is under way and will include more specific data on the economic impact of bicycling “events,” bicycle touring, and Michigan as a bicycle destination. That phase is scheduled to be complete in 2015.