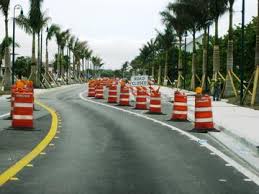 Today, Governor Rick Scott announced the advancement of more than $806 million for six major transportation projects throughout the state that will enhance safety, relieve congestion and increase mobility for Florida’s families. Projects slated for advancement include I-75 in the Tampa Bay region, I-95 in Daytona Beach, US-41 in the Sarasota area, SR 821 in Miami-Dade, I-295 in Jacksonville and SR-30 in Bay County.

Governor Scott said, “Our economy is strong and growing. Because of our growth, we were able to secure more than $10 billion for transportation projects, which is the largest transportation funding ever in Florida history. Today, we’re proud to announce that with this historic funding, we will advance more than $806 million in critical transportation projects across Florida. These projects will enhance our infrastructure to support commerce, decrease commute times and make our roads safer for families.”

Northwest Florida: $95 million to add lanes and reconstruct SR 30 (US 98) at SR 368/23rd Street intersection Phase I and II in Bay County to relieve congestion with elevated eastbound and westbound roadways. There was no definitive start date for the project and now it is slated to begin in 2015.

Northeast Florida: $179.5 million to add lanes and reconstruct I-295 (SR 9A) in Duval County from SR 202/J. Turner Butler Boulevard to SR 9B (Managed Lanes) to increase traffic capacity, mobility of people and goods and to relieve congestion. Through the advancement of funding, this project’s starting date moved from 2017 to 2015.

West Central Florida: $89.5 million to add lanes and reconstruct I-75 (SR 93) from South of US 98/SR 50/Cortez to North of US 95/SR 50/Cortez in Hernando County to enhance commerce and provide interregional connectivity along one of the most critical corridors of the state from the Tampa Bay Region to the Georgia State line. There was no definitive start date for the project and now it will begin in 2015.

East Central Florida: $255 million to add lanes on Interstate 95 from 0.5 miles North of State Road 44 to 1.6 miles North of US 92 in Volusia County to increase safety and efficiency for merging, exiting and through-traffic in Daytona Beach. Through the advancement of funding, this project’s starting date moved from 2020 to 2015.

Southwest Florida: $32.7 million to add lanes and rehabilitate pavement on US 41 (SR 45) from Enterprise Drive to Sarasota County Line in Charlotte County to promote opportunities of growth and stability in this area. There was no definitive start date for the project and now it is slated to begin in 2015.

Southeast Florida: $155 million to add lanes and reconstruct SR 821 from Bird Road to SR 836 (Dolphin Expressway) in Miami-Dade County to include express lanes and interchange improvements that will relieve congestion, enhance access and provide motorists with alternatives. Through the advancement of funding, this project’s starting date moved from 2017 to 2015.

FDOT Secretary Ananth Prasad said, “Thanks to Governor Scott’s continued investments in our transportation system, we are able to make key improvements to strengthen Florida’s roadways.  These six major transportation projects will further boost our infrastructure throughout the state.”

In June, Governor Scott signed his “It’s Your Money Tax Cut Budget” with a strategic investment of $10.1 billion to improve Florida’s infrastructure – including the largest Florida Department of Transportation work program in state history.