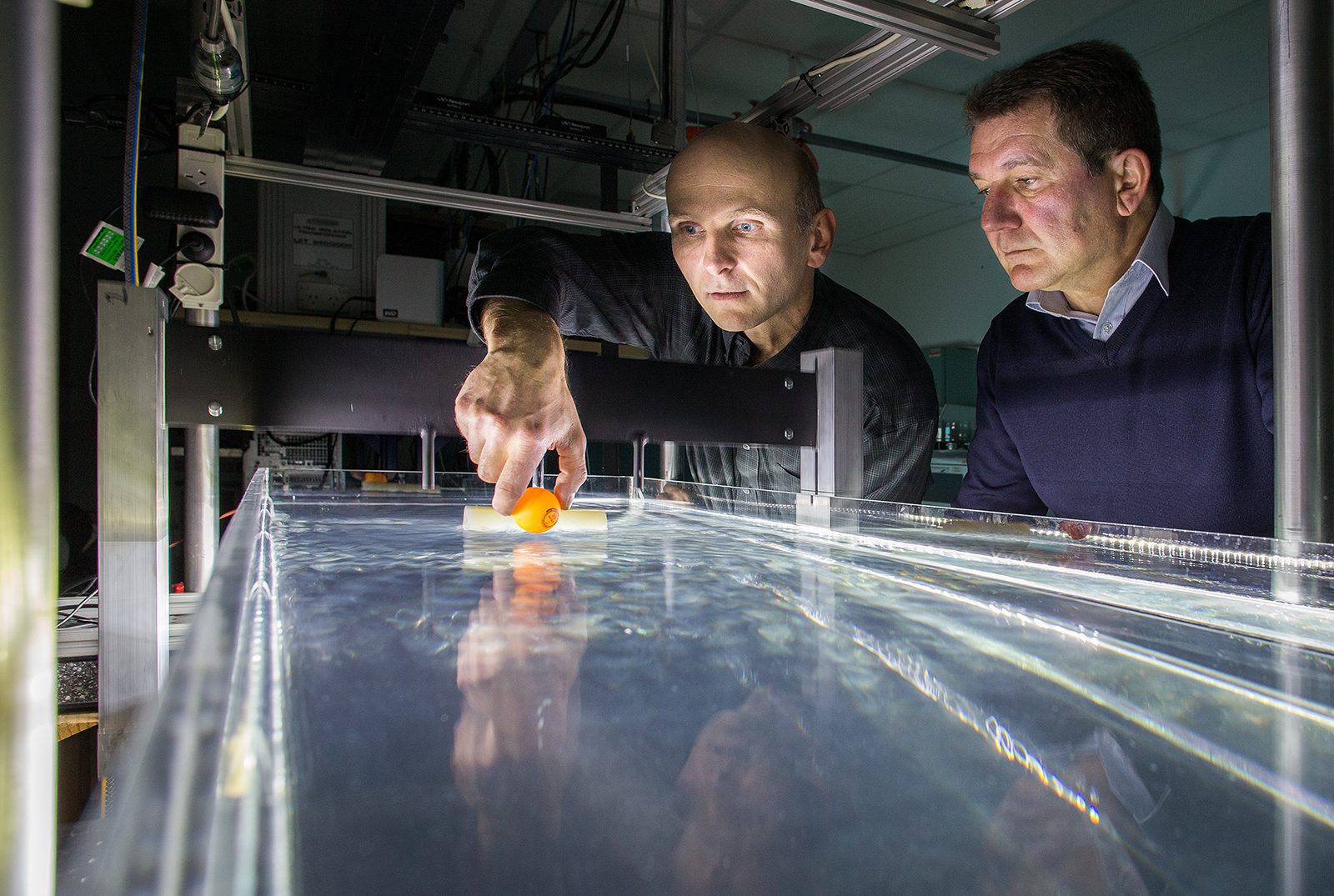 Physicists at The Australian National University (ANU) have created a tractor beam on water, providing a radical new technique that could confine oil spills, manipulate floating objects or explain rips at the beach.

The group, led by Professor Michael Shats discovered they can control water flow patterns with simple wave generators, enabling them to move floating objects at will.

“We have figured out a way of creating waves that can force a floating object to move against the direction of the wave,” said Dr Horst Punzmann, from the Research School of Physics and Engineering, who led the project.

“No one could have guessed this result,” he said.

The new technique gives scientists a way of controlling things adrift on water in a way they have never had before, resembling sci-fi tractor beams that draw in objects.

Using a ping-pong ball in a wave tank, the group worked out the size and frequency of the waves required to move the ball in whichever direction they want.

“We found that above a certain height, these complex three-dimensional waves generate flow patterns on the surface of the water,” Professor Shats said. “The tractor beam is just one of the patterns, they can be inward flows, outward flows or vortices.”

As yet no mathematical theory can explain these experiments, Dr Punzmann said.

“It’s one of the great unresolved problems, yet anyone in the bathtub can reproduce it. We were very surprised no one had described it before.”

The research is published in Nature Physics.