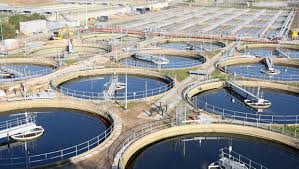 Chloride contamination of Wichita’s water-supply wells is inevitable unless actions are taken, according to U.S. Geological Survey scientists and authors of a new modeling report describing chloride movement in the area’s aquifer.

Possible actions include pumping to remove the plume of high-chloride groundwater, and increased artificial recharge of water into the aquifer to slow the movement of chloride. On the other hand, increased pumping of well water and agricultural water will increase the rate of chloride movement.

The USGS model was developed in cooperation with the city of Wichita to assist resource managers in making decisions on how to best protect the city’s water resources. If chloride levels are high, the water is less usable as a drinking-water source and for crop irrigation without additional treatment.

Past oil and gas activities near Burrton, Kansas resulted in a plume of high-chloride groundwater northwest of the Wichita well field, which is an area that encompasses most of the groundwater wells used by the city of Wichita. The chloride plume is currently moving toward that well field, threatening the part of the Equus Beds aquifer that supplies water to city and agricultural users. A new report and animations simulating chloride movement are available online.

“As we develop a 50 year vision for our water resources, the USGS model is critical to understanding the issues we face in the Equus Beds aquifer,” said Tracy Streeter, Director of the Kansas Water Office. “This study is a great example of how science tools can assist in evaluating our options to address our water quality and quantity concerns.”

The USGS chloride-transport model was prepared as part of the city of Wichita’s Equus Beds Aquifer Storage and Recovery (ASR) project, an effort to increase the amount of groundwater storage and maintain the water quality in the aquifer by artificially recharging treated water from the Little Arkansas River into the aquifer.

“The modeling efforts by USGS are essential to our continued evaluation of the ASR project,” said Alan King, City of Wichita Director of Public Works. “The Wichita City Council is supportive of the ASR project and its continued expansion, based on drought protection, future water supply needs and the expectation that the chloride plume migration could be slowed by our aggressive recharge efforts. The new USGS data demonstrates how the recharge effort is essential to our overall strategy for guaranteeing a safe and adequate water supply for our community.”

“USGS preliminary simulation results indicate that the Burrton chloride plume, which resulted from past oil and gas activities, moves towards Wichita’s well field at an average rate of about 0.8 feet per day,” said Brian Klager, USGS scientist and primary author of report. “Naturally occurring chloride from the Arkansas River also moves toward the well field area at a rate of about one foot per day or more.”

The USGS model simulated chloride transport during 1990 through 2008, and was used to test how various theoretical well-field management scenarios affect groundwater levels and chloride movement toward the Wichita well-field. The modeling scenarios and results included are:

With actual well-pumping and artificial-recharge rates, the simulated chloride plume near Burrton moved toward the Wichita well field at about 0.8 feet per day.

With all agricultural and Wichita pumping removed, movement of chloride plume near Burrton would slow to about 0.7 feet per day.
Doubling the municipal pumping of the city of Wichita from the well field increased the simulated rate of movement of the plume to about 1.0 foot per day.

Increasing the amount of water artificially recharged to the aquifer by 2,300 acre-feet per year near the Phase 1 recharge locations slowed the simulated rate of movement of the plume to about 0.7 feet per day.

Chloride is present in nearly all natural waters, although concentrations are normally low. Chloride originates from natural deposits of salt and from past oil and gas brine solutions and disposal. High-chloride water also moves into the Equus Beds aquifer naturally from the Arkansas River to the southwest of the Wichita well field.

The Equus Beds aquifer in south-central Kansas is a primary water-supply source for the city of Wichita along with Cheney Reservoir. Groundwater pumping for municipal and irrigation needs and sporadic drought conditions have caused water-level declines, which has led to concerns about the adequacy of the future water supply for Wichita. In 2007, the city of Wichita began construction of the Equus Beds ASR to artificially recharge the aquifer with excess water from the Little Arkansas River. Artificial recharge will raise groundwater levels, increase storage volume in the aquifer, and deter or slow down a plume of chloride brine approaching the Wichita well field from the Burrton, Kansas area caused by oil production activities in the 1930s. Another source of high chloride water to the aquifer is the Arkansas River.

The USGS will continue to work with the city of Wichita to maintain and update the model as more data about the Equus Beds aquifer is collected.

More information is available on USGS efforts related to defining and understanding the water quantity and quality of the Equus beds at http://ks.water.usgs.gov/equus-beds-recharge .

USGS provides information in a number of states related to preservation of water supplies in artificial recharge and aquifer storage and recovery. For more information visit http://water.usgs.gov/ogw/artificial_recharge.html.