Project Information/Details: On October 30th, after three-and-a-half years of renovation, the Vukovar Water Tower, one of the most recognizable symbols of Vukovar's defense in the 1991 Croatian Homeland War, was officially opened with a concert, but without public presence due to the coronavirus epidemic. The water tower contains a memorial room, a walkway, and a viewpoint. Cortec Corporation donated funds for the reconstruction of this water tower that was almost destroyed in the 1990’s during the Croatian War of Independence. Vukovar Water Tower is the most famous symbol of the city’s suffering during the Battle of Vukovar, but it also represents victory and new life. It was one of the most frequent targets of artillery but never collapsed. For preservation of the tower, Cortec® donated its world-renowned MCI® Technology that has revolutionized methods of extending the service life of concrete structures. As part of the memorial monument project, MCI® Technology will mitigate corrosion of the reinforced concrete structural components of the water tower. Corroded surfaces of the tower have been unprotected and rusting for 29 years since the war. This resulted in substantial advancing corrosion of the damaged reinforced concrete structures. The preservation project was conducted in several phases: • Protection of rebar from corrosion by applying MCI® CorrVerter® to corroded areas. This fast drying, water-based primer converts rusted surfaces to a passive layer. • Protection of undamaged concrete surfaces with surface-applied MCI®-2020 V/O coating, designed to migrate through even the densest concrete structures and seek out the steel reinforcement bars in concrete. • Application of MCI®-2006, a powder concrete admixture that protects steel reinforcing, carbon steel, galvanized steel, and other metals embedded in concrete from corrosion induced by carbonation, chloride, and atmospheric attack. When incorporated into the concrete mix, MCIs seek out and form a corrosion inhibiting protective layer on metals. • Protecting the brick and all concrete surfaces of the water tower from harsh weather conditions with water-based primer/topcoat MCI® Architectural Coating. This coating acts as a sealer, preventing penetration of water, chloride ingress, and carbonation into the concrete. It improves the appearance of buildings and structural elements and, when applied directly to reinforcement and/or metal, provides a source of corrosion inhibitors. After having mechanically removed loose rust and scale, Cortec’s CorrVerter® MCI® was applied by brush directly to metal surfaces. This fast-drying, water-based primer converts rust into a hydrophobic passive layer. The coating offers a convenient, low-labor option when performing repairs on heavily corroded rebar and other metal surfaces. It penetrates and eliminates rust and protects bare metal against further rusting. CorrVerter® works by combining a unique formulation of chelating agents with a high solids waterborne latex that has extremely low water vapor permeability. It is recommended for application to rusty or poorly prepared steel surfaces where further corrosion protection is required and where good surface preparation is difficult to achieve. After CorrVerter® dried, concrete surfaces were impregnated with MCI®-2020. MCI® Technology is utilized worldwide for the construction and rehabilitation of the world’s most famous building structures such as the Empire State Building, the Pentagon, and Dubai’s Burj Khalifa, the tallest tower in the world. Vukovar Water Tower earned its status as a symbol of Croatian unity through the Homeland War, suffering more than 600 direct hits by the aggressors, imitating the defiance, spirit, and brave Croatian heart of all Croatian defenders, who resisted the attacks of one of the world's leading military forces and aggressive paramilitary units, not only in Vukovar but throughout the Republic of Croatia, for whose independence and freedom they eventually fought. 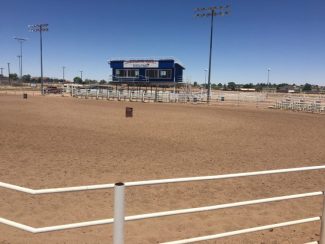 Project Information/Details: Stantec, a global design, engineering, and consulting firm recently completed a comprehensive drainage project for the town of Taylor, Arizona’s Taylor Rodeo Grounds in partnership with Engineers Without Borders USA (EWB-USA). Located in Navajo County, the economy of Taylor is, in part, supported by its rodeo grounds, which do not currently have proper drainage. In recent years when storms have occurred, the arena has been subject to excessive flooding. Once the rainfall has ceased, the water does not drain properly and causes the arena to be inaccessible for long periods of time, including during the facility’s recent Fourth of July celebration, one of its annual marquee events. To address this, Stantec provided drainage system design and flood mitigation services to help minimize the impact of storm events on the rodeo’s operations for the town’s more than 4,000 residents. Stantec performed an analysis of the existing drainage conditions of the arena to determine the issues that were likely causing excessive flooding. The team used a two-dimensional rainfall model to observe and evaluate a range of storm impacts to the arena, identifying the source of offsite flows. Ultimately, the team designed a drainage system that could be easily maintained to ensure proper drainage without investing in additional maintenance tools and equipment. The V-shaped channel was designed to divert water away from the arena to a future retention site north of the rodeo grounds. “It’s exciting to see this project reach completion,” says Zach Whitten, a project engineer, based in Stantec’s Phoenix office. “The rodeo is one of the main economic cogs for the town of Taylor, and it’s a rewarding experience to know that our work made a real difference. Working alongside the town of Taylor and EWB has been an incredibly humbling experience for our collective team.” While Engineers Without Borders operates globally, this project is part of EWB-USA’s domestic Community Engineering Corps (CECorps) program. Stantec is helping to pilot the integration of corporate teams to further the program’s goal of bringing underserved communities and volunteers together to advance local infrastructure solutions in the United States. Community-driven projects vary in scale and duration, with focus areas of expertise in water supply and sanitation, waste management, civil works, structures, energy, mechanical and agriculture. Stantec has been engaged with EWB-USA since 2012. “Every community deserves reliable infrastructure – it’s key to the quality of peoples’ lives,” said Clare Haas Claveau, CECorps program director. “Unfortunately, many low-income communities miss out on vital infrastructure projects. Through CECorps we can identify and engage volunteers from our member and corporate partners and equip them to support communities otherwise unable to obtain engineering services. That’s the beauty of corporate partners, like Stantec, engaging with CECorps; we unite people with a common desire to make a difference, improve infrastructure and hopefully set in motion a ripple effect.” Stantec provided geotechnical services, hydrologic and hydraulic analysis, engineering and design, and project management on the Taylor Rodeo Park project. Stantec’s Phoenix office led the project with collaboration from employees across the United States.

Project Information/Details: The Claudius Crozet Blue Ridge Tunnel, a National Historic Civil Engineering Landmark beneath Rockfish Gap, Va., was recently dedicated after 18 years of planning and restoration. The Blue Ridge Tunnel was known as the longest railroad tunnel in North America when it was completed in 1858. The nearly mile-long route through Afton Mountain now offers 6,000 linear feet of pedestrian trails that connect to existing trail systems in central Virginia and is supported by two parking lots and educational signage. Woolpert joined the $4 million historic preservation project in 2006. The architecture, engineering and geospatial firm was contracted by Nelson County, Va., to provide master planning, construction plans and topographic survey for the design of the trail and for the restoration of the entry portals, liner and rock walls of the tunnel. The firm provided additional support through three phases, helping identify and prepare grant applications; assisting with bidding, contractor selection and construction administration; and managing environmental and cultural resource documentation and structural analyses for the 162-year-old site. Andrew Pack, Woolpert vice president and market director, said the tunnel is located 500 feet beneath the Rockfish Gap ridge in the state’s famed Blue Ridge Mountains. It is 16 feet wide and 20 feet high, with exposed rock lining most of the walls and ceiling. Pack said the project was designed to showcase the region, its history and its amenities, while driving tourism for Nelson and Augusta counties. “This has been such a cool project to be a part of, especially from a landscape architecture and civil engineering perspective,” Pack said. “The topography is both beautiful and challenging, making it an ideal outdoor recreation destination. The site is also incredibly rich in history—it’s as if you have gone back in time.” According to the Claudius Crozet Blue Ridge Tunnel Foundation, Crozet was a French engineer who served as an artillery officer under Napoleon. After coming to America, he taught engineering at the U.S. Military Academy at West Point, was a founder of the Virginia Military Institute and served as Virginia’s chief engineer. Crozet was hired to build the Blue Ridge Railroad in 1849, and the tunnel opened in 1858. The restoration of the tunnel was recognized in October by the Coalition for Recreational Trails, with an award for its Construction and Design. In 2015, the project also earned the Central Virginia Chapter of WTS International’s Innovative Transportation Solutions Award. The tunnel was dedicated by Virginia Gov. Ralph Northam in September. The tunnel and trails remain an active construction site. The Blue Ridge Tunnel is scheduled to open to the public at the end of 2020.