Change Leader: Recycling Our Way to a Stronger ‘Circular Economy’ 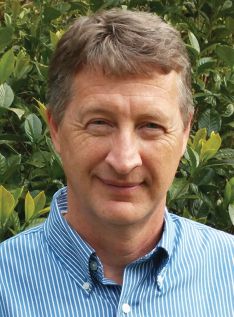 Scott Mouw is senior director of technical assistance for The Recycling Partnership, a national nonprofit dedicated to improving the performance of the U.S. recycling system. The Recycling Partnership uses funding from major corporate partners to improve the recycling systems in more than 500 cities and towns across the nation, increasing the amount of recycled materials in the supply chain. Prior to joining the Partnership, Mouw directed North Carolina’s recycling program, overseeing policies and strategic efforts to enhance material recovery, increase public access to recycling, and grow the state’s recycling economy.

Changing the Definition of Infrastructure

Mouw notes that “recycling infrastructure” may not be what most people think about when they discuss infrastructure, which typically conjures images of roads and bridges and pipes among other physical structures. Although recycling needs buildings and processing centers, he adds that there’s also a need for what he calls “rolling infrastructure.”

“Communities, as they run recycling programs, need to invest in critical equipment to move those systems forward,” he says. “As an example, the city of Nashville has a great recycling program, but they could recover another 13,000 or so tons a year by changing the service frequency from once a month to every-other-week recycling. The city would have to invest about $3 million in trucks to be able to offer that more-convenient service and increase the tonnage. We would view that as infrastructure.”

Mouw believes the U.S. recycling program is on solid footing. However it’s only capturing less than 50% of recyclables, meaning it could be recovering a lot more material.

“As our own numbers show, just from curbside materials alone, there are an estimated 22 million tons of paper and packaging still left to recover from single-family homes in the United States,” adds Mouw. “We want to see the recycling access number—the access of citizens to efficient and convenient services—increase through time. That will mean tonnage that goes hand-in-hand with that access.”

To help improve those numbers, The Recycling Partnership provides technical assistance, including free online tools at toolsrecyclingpartnership.org to communities across the country that need help in improving their recycling programs.

A “murf” is a material recovery facility (MRF), where all the recyclable materials are collected, separated and sorted. To be successful, MRFs need a lot of volume, so they can’t be everywhere and are heavily concentrated in urban areas. This leaves a gap for rural areas when it comes to access to processing.

“There’s a really key and easy piece of that puzzle that can help rural communities take advantage of co-mingled collection, and that’s a transfer station, which is like a spoke that can feed the hub of an urban MRF,” notes Mouw. “With infrastructure dollars available to rural communities that type of infrastructure can put them in a place where they can expand the programs, and get ready access to material processing.”

Although recycling has many merits, Mouw believes the most important and relevant is its economic impact, as there’s a “double payback” from recycling infrastructure—not only from the recycling process jobs, buildings, products and economy activity, but the more-powerful effect of actually returning cost-effective materials to the economy and helping manufacturers be competitive. This is referred to as a “circular economy.”

“That process of getting collected and processed, and then manufactured again generates economic activity whether it’s job creation or investment,” adds Mouw. “As opposed to ‘take and make waste,’ what we’re talking about is ‘take, make and then recycle back into the system.’ That’s what the circular economy is all about.”

The Role of AEC

There are many ways to support a circular economy with more recycling of assets. Mouw notes that developers and builders can start by being advocates for a strong recycling system.

“Manufacturers can choose between two sources of material,” he says. “They can get it from nature, from mining, etc., or they can get it from materials that we’re cycling back into the economy, which has been shown to be much more energy efficient, much more cost efficient. To achieve those advantages, we all carry that obligation to help make sure recycling programs are functioning at a high level across the country.”

“In many cases, local or state government recycling offices can facilitate that job of finding recycling options,” he adds. “In the state of North Carolina, for example, we kept a recycling markets directory, and if you were building a building or a road or bridge, and you called our office and said, “Hey, I want to recycle the materials that I’m generating as waste,” we would connect you to the private or public facilities that are recycling those materials.”